How To Pass Any Shit Test 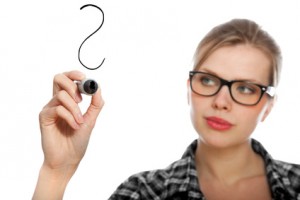 An essential skill you must develop is knowing how to pass a Shit Test. The more attractive a women you’re picking up is the more likely it is that she’ll shit test you. We all desire 9’s and 10’s don’t we? So it’s crucial that we develop this skill…

Let me start by defining what a shit test is. When you meet a girl for the first time and you appear to be a guy with the qualities she’s looking for, she’s going to “test you” to see if this is who you really are or if it’s just a front.

Examples of a shit test:

If she’s using a shit test, she’s checking for congruency by asking the questions:

The most important thing when dealing with a shit test is to remain un-reactive on the outside. She’s testing us to see if were actually congruent with the characteristics were displaying. Even if the shit test affects you on the inside you can’t let it show on the outside that it bothers you. If she senses on the outside your affected by the shit test you failed it!

Our goal is to be able to handle shit tests in a way that we don’t react to them. A common way to deal with a shit test is to ignore it and carry on as if its so far out of your reality that it didn’t register in your head. You want to make it appear as if your not phased by the comment and just switch topics.

Personally I don’t like using canned responses, I prefer to be natural. Think of a unique response to the shit test in the moment which shows confidence, congruency and un-reactiveness.

For example if she says “I have a boyfriend” you can say “Do you want another one?” or “How long have you had that problem for?” The key to making it succeed though is to move on to the next thread of conversation right away. You don’t want to let the shit test linger or for her to be able to continue talking about it.

If you insist on a default response, an effective way to deal with a shit test is to say “Anyways” and then switch the topic. The key to making this succeed to show that the shit test didn’t phase or bother you at all and your going to carry forward with the interaction.