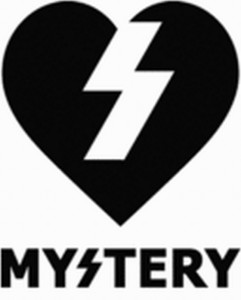 Pua Negs are a tactic that mystery “the grandfather” of pua invented.  Typically men use pua negs on women to get past their defense mechanisms. Pua Negs may seem like insults at first but using them is a science that relies greatly upon tone of voice and body language.

Being able to read the target which the negs are intended for is very important and adds greatly to the success rate.  The purpose of Pua Negs are to show disinterest in the person they are directed at, which gets around their defense mechanism.  Most women these days have heard every line in the book and are quite sick of being hit on.  Showing a woman initially that there is no sexual attraction makes it possible for her to let her guard down and let the interaction proceed further.

Pua Negs have created a bit of confusion among men many men misuse them and they are taken as an insult. The way in which some men use them sometimes comes off as an insult.

In a future post I will give you a list of my favorite pua negs, this particular article was written to clarify exactly what negs are . Negs are not meant to be insults, they are meant to show active disinterest which gets a woman to relax around you.

Pua negs can have a high success rate if used properly and on the right type of person. Negs are meant to be a negative complement. That’s a bit of an oxymoron but thats actually what there meant to be. Remember not to say anything completely negative, an observation is the best way to go but keep it neutral and upbeat.  For example: “Our personalities are so similar, we would never get work out!”  is a great example of of a neg, it is not negative or positive, it is a neutral statement showing disinterest in the receiver sexually but keeping the lines of communication open.  Another good example of pua negs is: “I wish you were a blonde, I’m taking a break from redheads.”  This is not a direct insult, it is just a statement that again, shows disinterest in the person sexually, making it much easier to get to know them.

Negs are the most misused form of pick up tactic out there today. If used improperly, Pua Negs can really hurt a person’s feelings and make them angry with the deliverer, which is the opposite affect desired. Remeber that negs are meant to be a negative complement! Paying attention to body language, tone of voice, facial expressions and the atmosphere are all key aspects in making sure the negs are received with laughter, not a slap in the face. Pua Negs are not gender, race or sexual orientation specific, they can work for anyone.

I hope this article has clarified what pua negs are. I will be creating an article in the near future with my favorite list of negs, stay tuned!