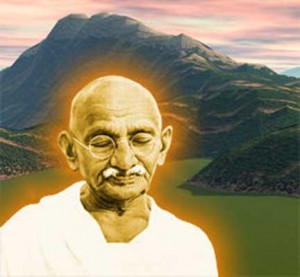 I am going to share with you my favorite Ghandi quotes of all time. Mahatma Gandhi was one of the most influential individuals to walk the earth. Gandhi graced the world with his wisdom and has transformed the lives of millions. The best way for me to share with you the wisdom of Gandhi is by listing my favorite ghandi quotes, followed by my own personal analysis of each quote showing you how to incorporate it into your life.

Below are some of my favorite ghandi quotes which will provide you with some powerful food for thought.

I trust that the above ghandi quotes were as valuable to you as there were to me.

My goal for this website is to give you all the information you need to live the life of your dreams. The wisdom of Ghandi quotes is in my opinion priceless. If you incorporate the principles from the ghandi quotes into your daily life you will manifest things you never dreamed possible.

If you have any questions, comments, or want to share some additional ghandi quotes with us please feel free to leave a comment below.