Female Erogenous Zones – How To Get Her In The Mood 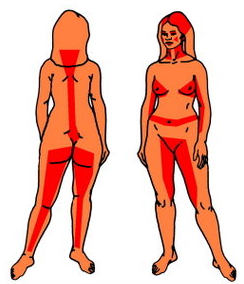 The main erogenous zone on a woman obviously exists in the pubic region. Within this pubic region lies the clitoris, if the clitoris is touched and felt this may arise a great feeling of excitement within the woman and also make her body tingle all over.

Another area on a female’s pubic area which is an erogenous zone is the ribbed rough tissue feeling soft and spongy when a woman is excited. This area is called the G spot and is one of the best female erogenous zones.

In addition the deepest point of a woman’s vagina can also be described as a sexually erogenous zone when penetrated this area will make a woman extremely sexually aroused with heighted feelings of sexual excitement and arousal. The pubic region including the vagina is the greatest and most common of the female erogenous zones however there are many more ways to excite and arouse a woman. 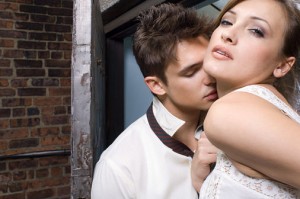 Another one of the best female erogenous zones for the vast majority of women is the neck. This area is extremely sensitive in females and if stimulated in the correct manner can provide great sexual pleasure to the receiver. One way of pleasuring this area is by kissing. If your lips are gently placed and rubbed over the neck area, this can leave the woman with a feeling of pins and needles in their whole body, leaving goose bumps on her arms and legs. Another method of stimulating this area is by licking and light caressing. If this is done in the right way it can heighten a woman to sexual pleasure leveling that of the pubic erogenous zone. Some women depending on their sexual preferences, and their sensitivity in the mentioned female erogenous zones prefer a different level of force. Some women like to be felt gently while others like a rougher approach to further stimulate the female erogenous zones.

Another of the female erogenous zones is the stomach and naval area. Many find touching or kissing of this area to be extremely arousing as it is relatively close to the pubic region and therefore can stimulate a great arousal in females. In addition to this when the naval is licked or rubbed it has the greatest sensitivity and can cause a shaking of the legs in extreme conditions.

It is extremely important for a man to discover the female erogenous zones as this will not only increase sexual pleasure but create a far more interesting sex life. Other common areas which do not need to be discussed in great detail but are also important in the female erogenous zones include areas such as the arms due to sensitivity coming from the hands which can be noticed with goose bumps. Other areas include feet, hands and also ears.

I hope you have enjoyed this post on female erogenous zones if you have any questions please feel free to comment below.